Functional electrical stimulation (FES) is a treatment that applies small electrical charges to a muscle that has become paralysed or weakened, due to damage in your brain or spinal cord. The electrical charge stimulates the muscle to make its usual movement. In MS it is mostly used as a treatment for foot drop, where disruptions in the nerve pathways between the legs and brain mean the front of your foot cannot be lifted to the correct angle when walking.

FES was first developed in the United States in the 1960s, where it was initially tested in stroke patients. Although early results were promising, it wasn't used regularly in clinical practice until much later, as it was very much seen as an experimental treatment. Research on its use in stroke for both foot drop and to assist finger movements, was first published in the late 1970s. In the mid-1980s, a group based in Salisbury in the UK started to look at using FES. Originally their work was in people with spinal cord injuries; from this initial work they went on to develop devices for people with MS in the early 1990s and it continues to be used today.

FES is currently being investigated to see if the technique can help with swallowing, hand and arm function, and even breathing problems for pulmonary disease patients and for stroke patients. It has a number of potential future uses in MS.

How does FES work?

A FES device consists of a control box, about the size of a pack of cards, with a battery and electrodes. For foot drop, the device is usually worn in a cuff below the knee. This is where the electrodes can stimulate the nerve that goes to the muscle that would normally lift the front of your foot. At the right moment in your gait, when your foot is about to lift up to be swung forwards, the FES device stimulates the nerve and lifts the foot.

The stimulation stops when the foot hits the ground again.​ It may take some time to adjust the timing specifically for you and your gait. Some FES devices have a sensor that is worn in the heel area, to help with the timing, but in modern devices that is optional. This means that the FES device can be worn with bare feet or sandals. Who can use FES?

If you have difficulty with walking due to foot drop, you may benefit from FES. However, as FES stimulates the existing nerves in the legs, it is important that your nerve fibres between the spinal cord and the muscles are not damaged. To be suitable for the treatment, you need to be able to walk, even if only for a few metres with a stick or crutch.

Typically you will have an initial assessment that lasts for about an hour to see if you are suitable for treatment and if you respond to the FES stimulation. If you do respond then you can start the treatment process. A health professional will set up the device with you and teach you how to use it. At first you may find it difficult and time consuming to put the device on and position the pads correctly, but this becomes easier with practice.

Follow up sessions might be necessary to adjust the electrode position and the strength of the electrical stimulation. This can change as your muscles strengthen and your nerves get used to the level of stimulation.

What are the benefits of FES?

Research and experience has shown that treatment with FES produces a more normal walking pattern, enabling people to walk faster, further and with less effort. It can also help build confidence in walking and increase independence as well as reducing the risk of trips and falls.

As well as being a treatment for foot drop FES can also be used in rehabilitation, complementing physiotherapy techniques, often to assist with movements in muscles that have become weak. This allows you to build up strength and range of movement. This may also help with reducing spasticity and sometimes in reducing swelling, depending on the cause.

Lindsay, a physiotherapist from PhysioFunction:

FES can really open up a person's world. We can quite literally have someone walk in to our clinic with a stick and walk out without needing it, so we know it can have huge benefits for some people with MS.

What side effects could I get with FES?

The electrical stimulation causes a tingling 'pins and needles' or buzzing sensation on the skin, much like a TENS machine. Ensuring that wires and pads are in the correct positions can help minimise some of these sensations. For most people this is not a problem, but you might find the effect uncomfortable and may not want to continue using the FES.

FES may take a little bit of getting used to. Your physiotherapist may need to help you relearn a comfortable gait, as old habits that helped you manage your foot drop are no longer needed. You may have some soreness in your legs, hips or torso as you learn to use different muscles to walk.

Very occasionally people find that the stimulation or the electrodes causes irritation of their skin. Using hypoallergenic electrode patches or asking your health professional about changing the type of stimulation that is used can often solve these problems.

How do I get FES treatment?

In January 2009, NICE (National Institute for Health and Care Excellence) issued guidance that FES can be offered routinely as a treatment option for people with foot drop caused by damage to the brain or spinal cord if the health professional considers it is appropriate. Decisions about whether to fund the cost of FES are taken by local NHS bodies, such as the local Clinical Commissioning Group (CCG) or Health Board.​

To access treatment on the NHS you need to be referred to a FES service by your GP, MS nurse or neurologist. You may also opt to self-refer to a private clinic, where you can be assessed and purchase a FES device directly. You might expect to pay between £4,500- £5000 for the device, which may include a long initial assessment session, follow up sessions, servicing and a supply of disposable sticky pads for the electrodes.

You may find you have a long way to travel. FES services are still quite patchy, both for NHS and private patients.

The MS Trust has funded two research trials at Salisbury District Hospital. The first investigated the effect of FES on walking and quality of life. This found that FES is effective in improving walking, particularly in enabling greater distances to be achieved. However, exercise alone also made a significant difference to walking and it was concluded that the combination of these treatments may prove to be a more effective means of improving mobility.

A second study involved 64 people with secondary progressive MS assigned to either a group using FES or a group who received physiotherapy exercises. The FES group showed better results on the Canadian Occupational Performance Measure, a scale that measures how well people perform activities of daily living.  During the 18 week study, the FES group also experienced fewer falls than the exercise group. 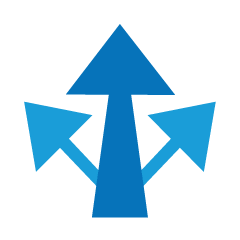 In this video and transcript, a clinical physiotherapist and a FES user discuss how the technology can help people with foot drop, and give some practical tips.