Impact of the menopause on MS

The impact of menopause on MS is not fully understood as there has been limited research published in this area.

Some studies suggest that there is an overlap between MS symptoms and those of the menopause, such as increased fatigue, cognitive problems, bladder issues, mood swings and sexual problems. They also suggest that some women find that their MS symptoms may be worsened by the hot flushes and sleep disturbances that can be experienced as part of the menopause. Although many women report that their MS worsened post-menopause, some see no effect on their MS.

There is some anecdotal evidence which indicates that symptoms that worsen during menopause may be responsive to hormone replacement therapy (HRT), and a small pilot study in 1992 included data on the effects of menopause on MS. It consisted of a questionnaire asking about changes in the severity of symptoms of MS with the menstrual cycle, menopause and use of HRT which was answered retrospectively by 11 pre-menopausal and 19 post-menopausal women. Of the post-menopausal women 54% reported a worsening of symptoms with the menopause. 75% of those who had tried HRT reported an improvement.

A further observational study in 2016 looked at 95 post-menopausal women with MS, of whom 61 had used HRT. The use of HRT was associated with better physical quality of life. It is thought that female hormones may have a neuroprotective effect and this is why HRT may be useful. The majority of women with MS who have used this therapy report an improvement rather than deterioration in their condition. However, owing to the lack of evidence that oral oestrogen-progestogen combinations have an influence on MS, the condition remains a warning on the drug information sheet for HRT.

Given that loss of bone density may be a problem for people with MS, the beneficial effect of HRT in reducing the risk of osteoporosis for women with MS should be taken into account. 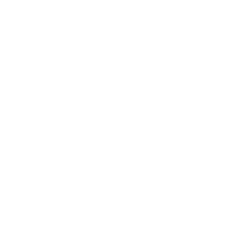 How does menopause affect MS?

Menopause is the hot topic at the moment. In this episode we talk to Neurologist Ruth Dobson about how and why menopause and perimenopause can affect multiple sclerosis. We also catch up with Hettie, who talks about how menopause affected her and her MS.