Keith (pictured left), who lives with MS, took part in the 2019 RideLondon-Surrey 100 in August and has raised over £3,000 for the MS Trust. He shares why he took part and the unique way he raised money to support those living with MS today.

Cycling on closed roads with fellow enthusiasts is amazing - no stops for traffic lights, it's OK to be on the wrong side of the road and there are no worries about cars or lorries pulling out. I'd taken part before in 2013 and 2014 and had brilliant memories (apart from the storm during 2014, which caused the ride to be shortened) and remembered the thrill of cycling through central London as well as the Surrey Hills with their rewarding views and descents. Finishing on The Mall is very special too.

I felt good on the ride. I met Tony (pictured right) at the start who was also riding for the MS Trust. We cycled together for the first half of the ride (he was in front most of the time!) before I had to stop for water. It was then on to the Surrey Hills and the infamous Leith Hill before the ride back in to London.

What made it really special was the MS Trust team in Dorking  who provided me with more water as well as friends supporting me along the route and at the finish.

I had done a lot of training with a friend over the preceding three months and, though it was hard at the time, it really paid off. I was still feeling good at the finish. We were also really fortunate with the weather which was not too windy, dry and not too hot (which is a big factor for me as it exacerbates my MS symptoms).

Having seen so many other people with MS who are not as mobile as I am, I thought I could mix my hobby of cycling with fundraising for the MS Trust. I also wanted to challenge myself, because at the beginning of the year I was not sure I would be capable of cycling that far.

I relied on a lot of the information and advice the MS Trust provides when I was first diagnosed in 2018 and it made a big difference to me.

I have been really grateful to everyone who has sponsored me but I realised that quite a few people like to show their support in other ways (think charity cake sales, but I'm not known for my baking skills). I have always done a lot of bike maintenance and when I floated the idea of doing this for the MS Trust with some friends and neighbours the result was overwhelming. With six bikes completed so far there is still a backlog so I should be busy for the next few weeks and maybe beyond. It's great for me as I find it therapeutic and it brings a smile when someone rides off and says their bike feels (and almost looks) like new again!

To anyone who is thinking of taking part in RideLondon- get on your bike! It's a great way of raising money to support the MS Trust as most people can relate to cycling while also realising it's a challenging ride. I'd also recommend following one of the training plans in the months before the ride. That way, when the day comes, you can be far more confident and actually enjoy the experience.

Oh, and the MS cycling jersey is very cool!

Inspired to take on this 100 mile challenge next year? Join our team today! 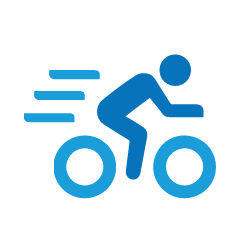 RideLondon 2022 is back with a new route into Essex. So saddle up and join us on our team. 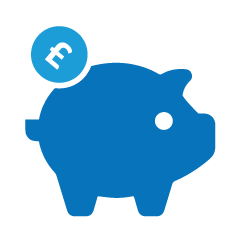 Whether you fancy taking part in an event or doing something in your community, there are lots of ways you can fundraise for the MS Trust. 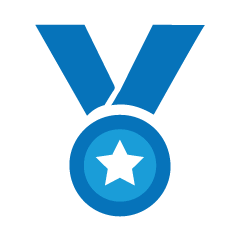 Our work wouldn't be possible without our amazing supporters. If you'd like to find out how you can make a difference for people with MS today, why not sign up to our monthly Make a Difference email, which rounds up all the latest exciting fundraising opportunities.