Clemastine is being tested for its ability to boost myelin repair. It is taken as a tablet twice a day.

How does clemastine work?

Myelin is a fatty protein that forms a sheath around the axons of nerve cells - the part of the cell that transmits messages to other nerve cells. Myelin acts as insulation to the axon and helps maintain the speed of transmission of messages. In the central nervous system, myelin is produced by cells called oligodendrocytes.

Damage to myelin (or demyelination) caused by multiple sclerosis interrupts or blocks nerve messages. In the earlier stages of MS, oligodendrocytes can often repair areas of damaged myelin - a process known as remyelination. As MS becomes more established, these cells stop functioning or are killed off and myelin is not repaired, resulting in increasing disability.

Clemastine is thought to act on special locations (receptors), called M1 muscarinic receptors, on oligodendrocytes. Laboratory studies have found that drugs which act on these receptors can encourage immature oligodendrocytes to mature into cells capable of making myelin, offering the potential to reverse damage caused by MS and improve symptoms.

Clemastine is currently used as an antihistamine for treating allergies, such as hay fever.

How is clemastine taken?

Clemastine is taken as a tablet, twice daily.

What are the results so far?

The study used visual evoked potentials to measure the speed at which nerve impulses travelled from the eye to the visual cortex at the back of the brain. Treatment with clemastine resulted in a small improvement in the speed of the nerve impulse. The researchers interpret this as showing repair to the damaged myelin coating of the optic nerve. The results suggest an improvement in vision, but the numbers involved were too small for this to be conclusive. The researchers were unable to show the repair on MRI scans and other measures of myelin.

What further research is planned?

The aim of this study is to assess clemastine in people with optic neuritis. The study is recruiting 90 participants within two weeks of developing visual signs of optic neuritis. Half of the participants will take clemastine and half will take placebo for three months. The main measure of the study will be the thickness of the retina at the back of the eye, which is an indicator of myelin repair.

Researchers at the University of Cambridge are conducting a phase II study to establish whether the combination of clemastine and metformin can promote remyelination. The study will recruit 50 participants with relapsing remitting MS who are currently taking a disease modifying drug. Participants will take either clemastine plus metformin or placebo for 24 weeks. The main measure of the study will be the speed at which nerve impulses travel from the eye to the visual cortex at the back of the brain (VEP).

The most common side effect reported in the ReBUILD clinical trial was fatigue. This is a well-known side effect of the older-generation antihistamines which include clemastine.

Find out about new drugs on the horizon for multiple sclerosis.

Find out about the different stages involved in making a new medicine. 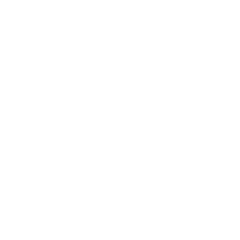 Metformin is being tested for its ability to boost myelin repair. It is widely used for type 2 diabetes.