The Risk-sharing Scheme is the Scheme that was introduced in 2002 to ensure the availability of the first line disease modifying drug therapies - beta interferon and glatiramer acetate - on the NHS to people with certain types of multiple sclerosis.

The drugs covered by the Scheme are:

Under the Scheme, anyone with relapsing remitting MS, or with secondary progressive MS in which relapses remain a dominant feature, and who meet the prescription criteria laid down by the Association of British Neurologists (ABN) 2001 is eligible for NHS treatment. Any decision to start or stop treatment must be based on clinical reasons, not on the cost of the treatments to the NHS. The legal framework for the Scheme is enshrined in Health Service Circular 2002/004. In December 2011, the Department of Health issued a further communication that reminded all NHS organisations that their obligations under Health Service Circular 2002/004 still apply.

The Risk-sharing Scheme was set up in 2002 by the Department of Health following an assessment by the National Institute of Health and Clinical Excellence (NICE), which judged the drugs not to be cost effective. The 'risk' element of the Scheme involves a sharing of the financial risk between the NHS and the participating pharmaceutical companies. In addition to enter the Scheme all companies had to reduce their product prices to ensure they were cost effective as assessed by the NICE model.

The ongoing effectiveness of the drugs was clinically monitored in a proportion of people on the Scheme. This research project involved in excess of 5,000 people and ran for ten years. The research findings from the Risk-sharing scheme were announced in September 2018. They showed that, as well as reducing relapses, these injectable DMDs also reduced progression. Being treated with one of these drugs delayed the time taken to reach EDSS 6 by four years. 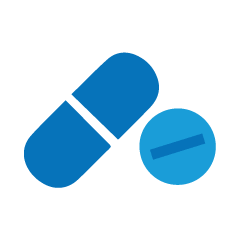 The Risk Sharing Scheme: How it's made a difference for people with MS

As the final data from the MS Risk-Sharing scheme (RSS) is published in the BMJ, we reflect on how this pioneering scheme has changed the landscape for people living with MS.